Latinx Files: This one’s for the Latina gay icons 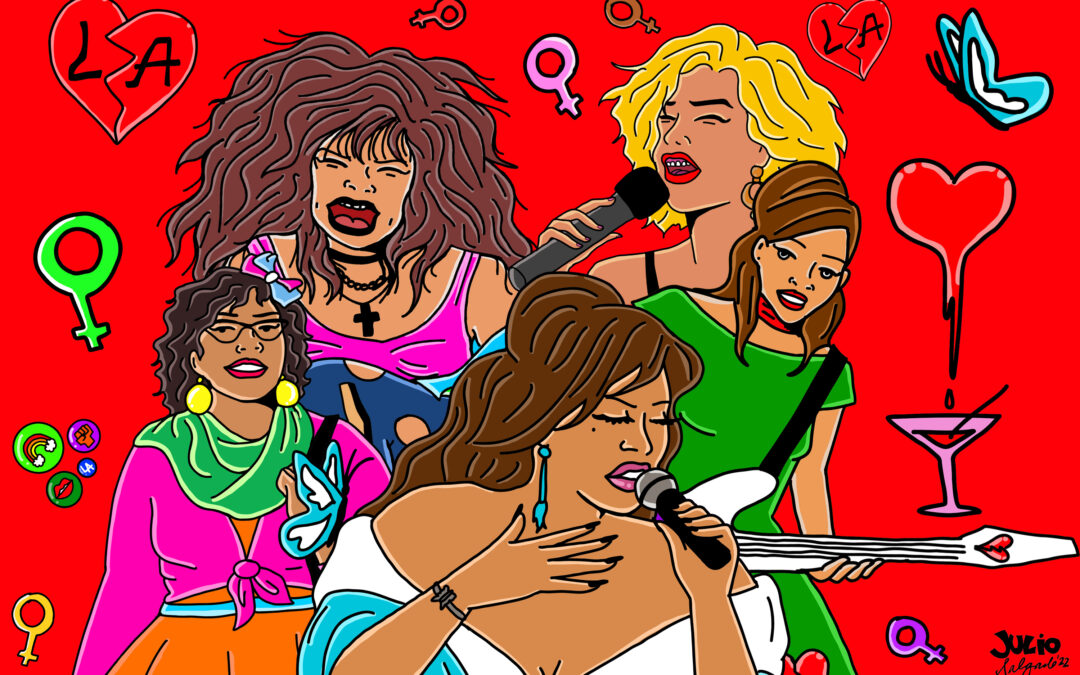 This piece was first published on March 31, 2022, for the Los Angeles Times’ Latinx Files.

A few years ago, my best male friend Jesús — a heterosexual man — asked me why gay men love to listen to female singers. I rolled my eyes because his inquiry was based on a generalization.

One that happens to be true.

The closest answer I could offer was that a lot of gay men feel seen in songs about falling for a guy that you know isn’t good for you, or in songs about female empowerment in a straight white male-dominated world.

I can’t speak for the other gays of the world, but me and my close group of gay friends just prefer female singers. The music from the following Latinas has been in constant rotation in my CD players, iPod nanos, and now on Spotify Music playlists. These singers have given me music that has gotten me through some emotional times. 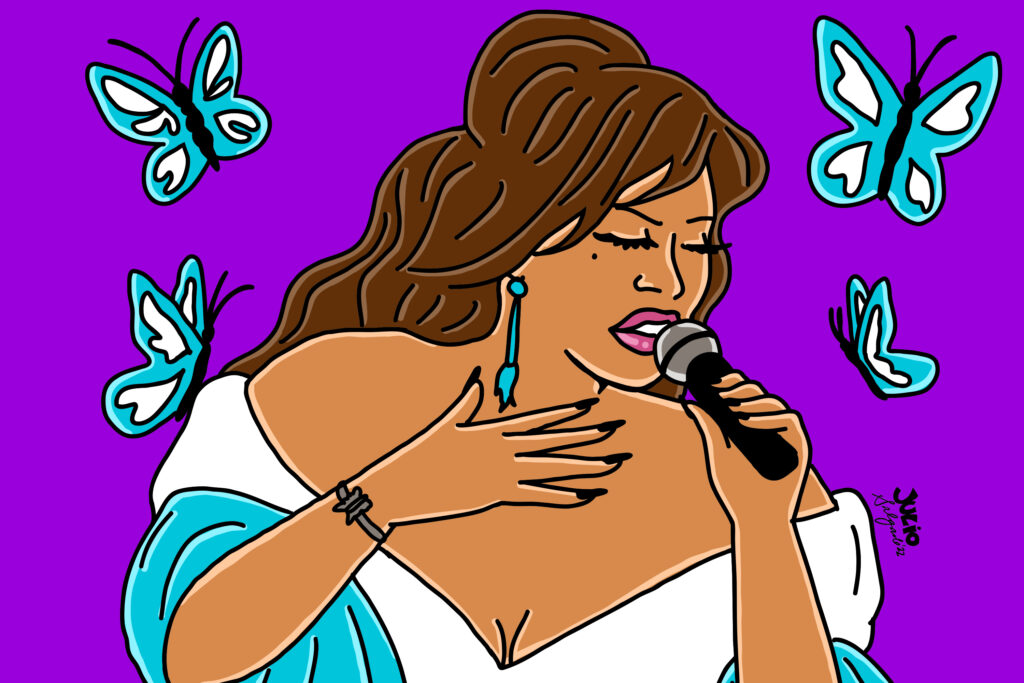 In the early 2000s, Latinx audiences outside of her native (and mine) Long Beach got to know her because of her national Spanish-language TV performances and interviews.

Fans were in awe of her backstory. She was a struggling single mother trying to make it in the mostly male-dominated banda and Norteña music scene, belting out songs like “La Chacalosa” all over Southern California nightclubs. Since then, songs like “Querida Socia” and “Ya Lo Sé” have become classics.

Funny enough, the only time I actually got to see her perform live was during the Irvine stop of the 2010 Lilith Fair revival. I remember the Mexican gays and señoras in the audience went out of their way to show their love by screaming back every single word that Jenni belted out from the stage.

I never got to see her perform again. She died in a plane crash in 2012. But every time I see a drag queen perform a Jenni Rivera number at the New Jalisco bar or Tempo, I am taken right back to that 2010 concert. 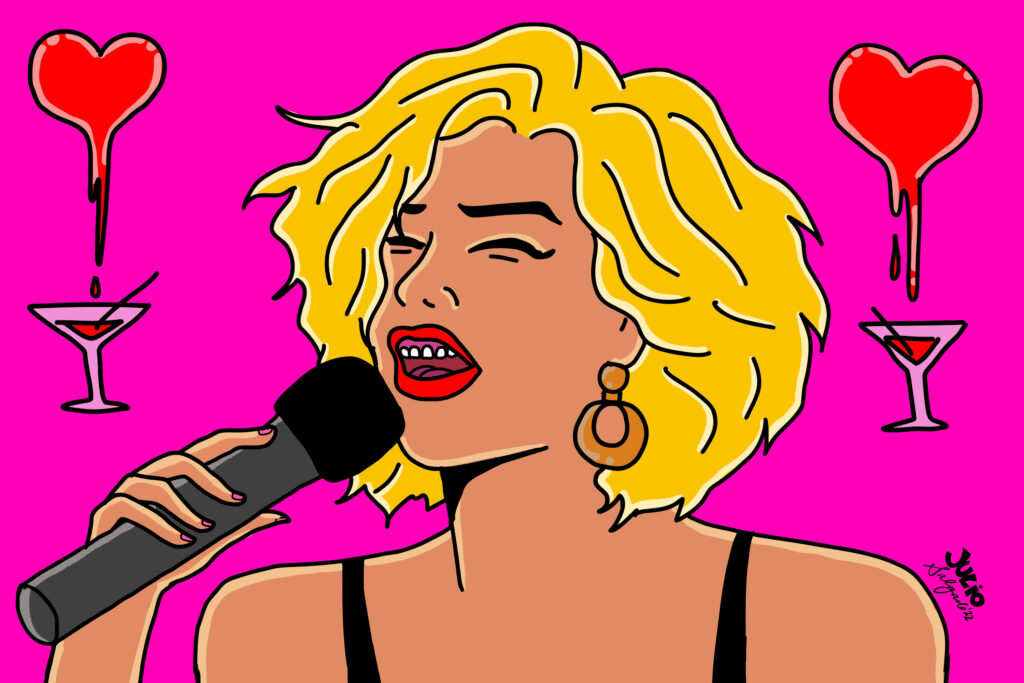 In August 2018, me and a group of my closest gays and homegirls rolled up to the Microsoft Theater to see one of our favorite heartbreak singers: Marisela.

Nobody sings songs about secret love affairs and men that leave better than her.

“Marisela has been a gay icon because of the emotional rawness in her art,” said Jorge Gutierrez. An undocumented and queer activist, Gutierrez was among the friends who went with me to see “La Dama De Hierro.”

Perpetually clad in tight miniskirts and messy blonde hair, Marisela was a staple on “Siempre En Domingo,” the Televisa variety show that made or broke the careers of Latin American pop stars throughout the ’70s, ’80s, and ’90s.

It wasn’t until I had my first real heartbreak in college that I truly understood what she meant when she sang “Sin él / Se ha acabado el camino / Y ahora no se a donde ir.”

Jenni Rivera was actually a huge Marisela fan. In 2009, she surprised Rivera on stage while la diva de la banda performed a cover of “A Escondidas.” Back at the Microsoft Theater and after way too many Patron shots, I drunkenly sang along to that same song with my gays and my homegirls, cursing every man that broke our hearts. 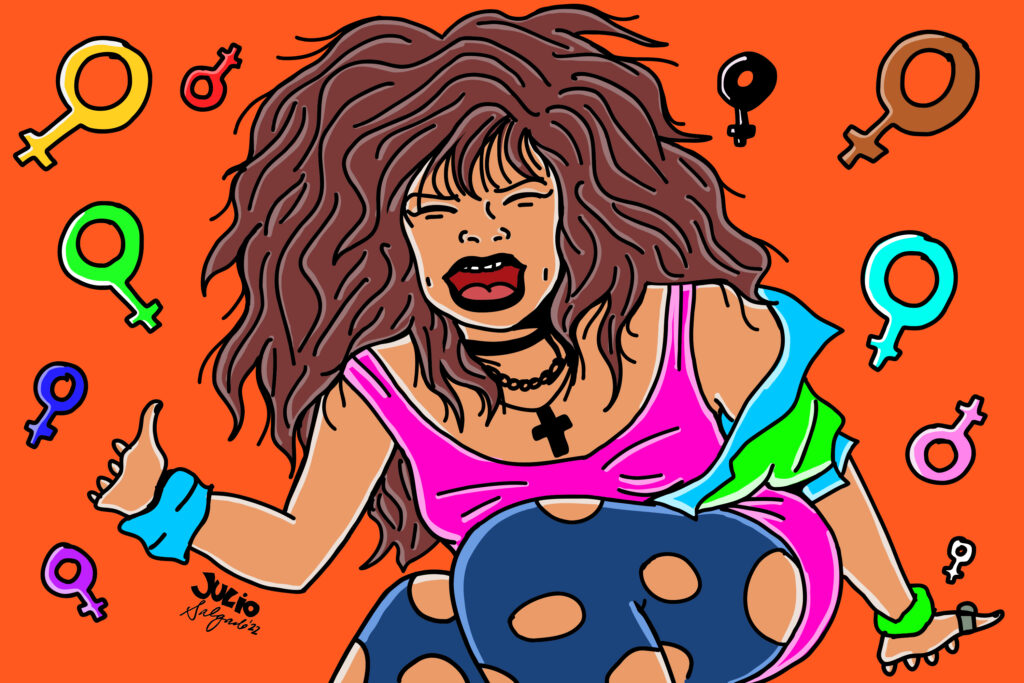 One of my all-time favorite Gloria Trevi performances is her infamous 1989 debut in “Siempre En Domingo.” I’m serious when I say that show made and broke careers because she actually got banned from Televisa after her so-called raunchy performance got her in trouble with the powers that be. I don’t remember seeing this specific performance when I was a little kid, but I’ve seen it a million times on YouTube.

In the early ’90s, little girls and gay boys all over Latin America lip-synced into hairbrushes to Gloria Trevi classics like “Pelo Suelto” and “Zapatos Viejos.” She was a star.

That all changed in 2000 after she and her manager were arrested for allegedly kidnapping and abusing underage girls. Trevi spent four years in jail before she was acquitted of all the charges.

At the 2018 Latin AMAs, in the wake of the #MeToo movement, Trevi opened up about the incident and shared her own story of being physically and emotionally abused by the same manager starting when she was only 15 years old. When she tried to reignite her career, it was Gloria Trevi’s gay fans who were quick to embrace the fallen star. When it came time to put out a video for her 2006 hit “Todos Me Miran,” she acknowledged the continuous support from the LGBTQ+ community by centering the story of a trans woman facing Mexican society. 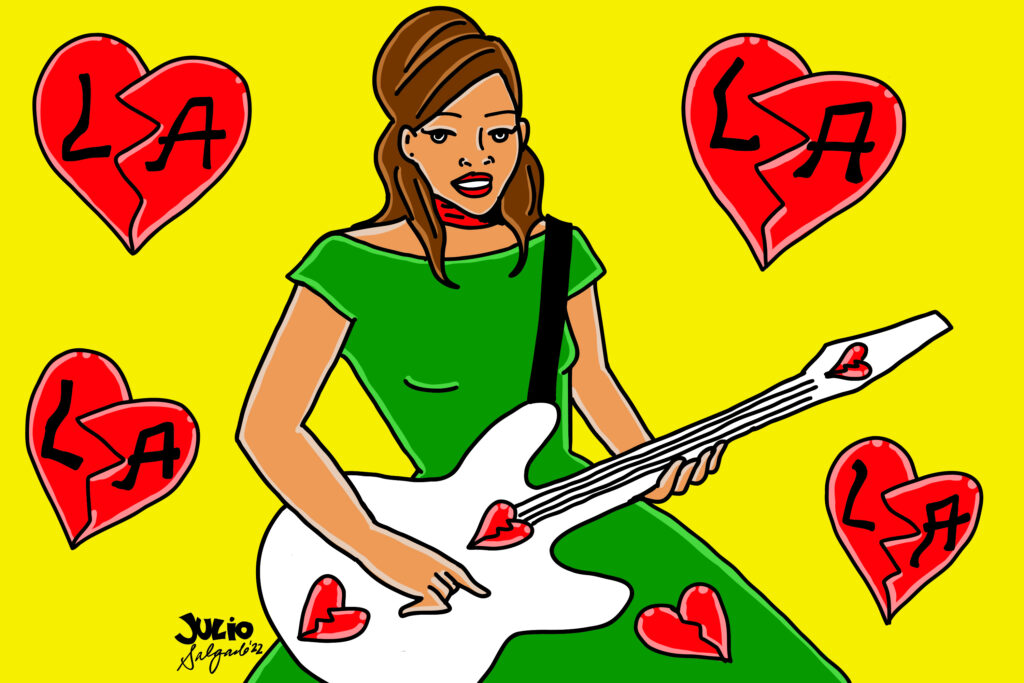 During my community college years, I balanced pop hits being played all over WeHo nightclubs with some of the best alternative Latinx music coming out of places like La Cita and the Echo.

One of my favorite bands from that mid-2000s scene was Los Abandoned, led by the amazing Pilar Diaz. It made me happy to see that “Van Nuys (Es Very Nice)” was rightfully included in the Times’ “50 Songs for A New L.A.”

I was such a fan that for a while, I was part of their street team. At every single show, there was always a group of us queers jumping up and down to songs like “Me Quieren En Chile” and “Stalk U.”

“My goal is that I want people to feel free to be themselves,” said Diaz of her band’s LGBTQ+ fans. “People felt that they could be themselves through our music. Back then we weren’t necessarily thinking of ‘safe space,’ but it was naturally like that.” 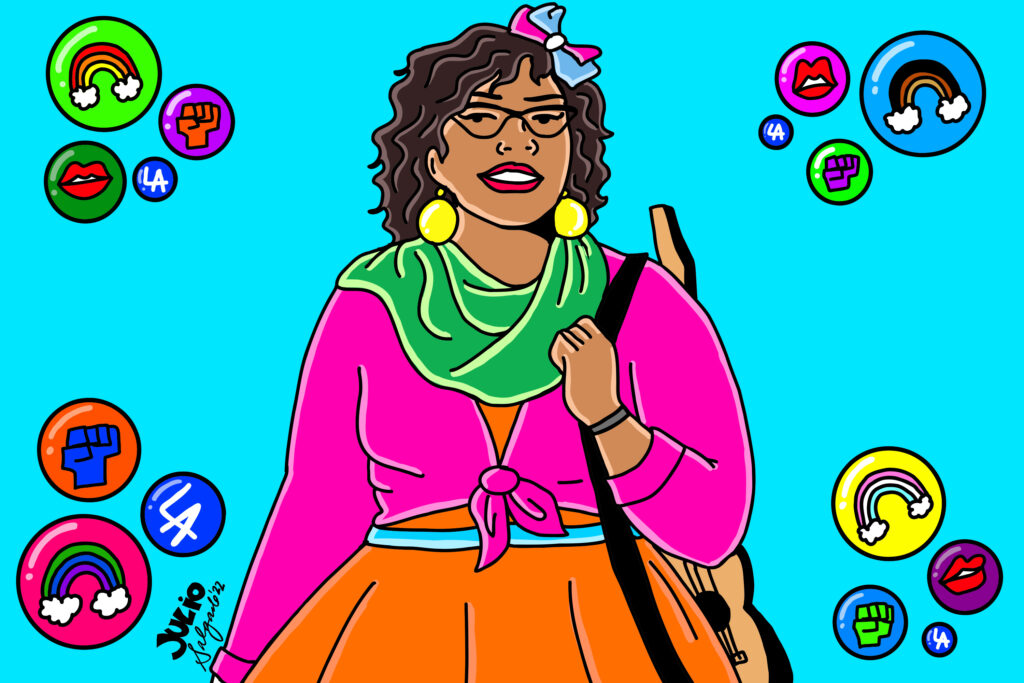 When I was about to drop out of college just a couple of semesters short of graduating due to lack of funds because of my undocumented status, my friends put together a fundraiser show. They hired a then-little-known band called La Santa Cecilia.

That’s right! Before they were Grammy-award winners and becoming an international sensation, my friends and I got to see La Santa Cecilia perform in my parent’s small living room in Long Beach!

I became an instant fan and helped pack the dance floor at La Cita with other fans whenever I could.

“I feel super grateful for the love of the queer community because this is the people I grew up with,” said La Marisoul.

“I’m bisexual and I’ve been in love with women, and I’ve come out to my parents. The spaces that we play is for all of us weirdos and queer kids that love all kinds of music. Music is my superpower!”

La Marisoul and La Santa Cecilia have also used their popularity to speak up in support of undocumented community. Their song “ICE El Hielo” is arguably one of the best songs about the plights that we face as undocumented immigrants in the U.S.

NEXT WEEK!!! Me and @katevascostories will do an I

Made this piece in 2013. How things can change w

A love note on #sobriety. juliosalgadoart.com/ill